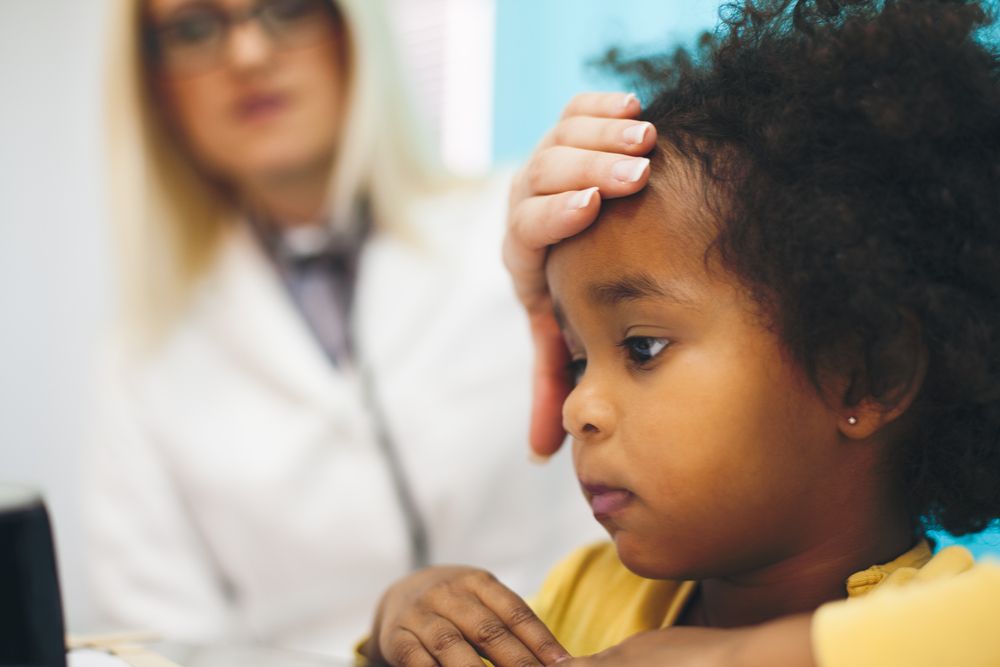 Vaccines & Our Littlies – the extra bits you might need to know!

Our program is quite comprehensive and has drastically reduced the frequency, severity and complications of these infections; however, there are a couple of additions to the standard schedule that parents may consider for their littlest ones, and this update is targeted at providing information about those vaccines that are not found on the routine schedule.

As a new (ish!) Mum myself, and seeing lots of new parents, I find there is often a lot of confusion about what our routine vaccination program doesn’t cover and what other vaccines are recommended (government funded, or at private cost). The most common questions are regarding the meningococcal vaccines, as there have been a number of cases of meningococcal disease in the media lately.

But there are a couple of others, particularly influenza and a booster of the chicken pox vaccine, that make the list of highly recommended, but not often completed, vaccines for our young children.

Here is a summary of the most important points, with a few more details following!

Recommended for everyone aged >6 months. Currently government funded in WA for children aged 6 months to 5 years. In the first year children receive this immunisation they need 2 doses, 1 month apart. After that, this is an annual vaccine given in late autumn/early winter.

is currently routinely given at age 12 months on the government funded program.

is recommended for all children aged under 2 years and also for adolescents age 15-19 – dose schedules depend on the age of the child when it is first started and this is only available on private script.

vaccine is offered to anyone who wants to protect against these strains, as there have been areas of local increase of the W and Y strains in recent times – dose schedules again depend on the age of the child when it is first started and the brand used and it is only available on private script.

routinely given at 18 months on the current government funded program; however, a 2nd dose (at least 1 month later) is recommended to provide better protection and this dose is currently only available on private script

In WA, we are fortunate that the influenza vaccine is funded for all children aged from 6 months to 5 years old. The influenza “Flu” vaccine is recommended for all age groups, but is funded in WA for those with chronic medical conditions, and those at higher risk of influenza and complications of influenza. Even without any chronic medical conditions, the very young and the elderly are at higher risk of the flu and its complications and therefore it is funded for kids aged 6 months to 5 years, and everyone over age 65. The influenza vaccine is very safe in children. A lot of parents skip this one, either thinking that the ‘flu’ is not that severe, forgetting about it as it’s an annual vaccine, or concerned regarding the safety of the vaccine in children. Several years ago one particular brand of influenza vaccine “fluvax” did have an increased rate of fevers and side effects from this, but this brand is no longer used in children under the age of 5 and the brands we’ve used since this time do not have the same problems.

By now most people have heard of meningococcal disease. Although very rare, this infection causes serious, potentially life threatening complications, and it tends to progress very rapidly, making it very hard to diagnose and treat early. At present there are 13 known sub-types of meningococcal disease, and currently 5 of these subtypes (A, B, C, W, and Y) are vaccine preventable. The most common subtypes in Australia are B, C, and recently W, with some cases of Y emerging in recent times as well.

The Meningococcal C vaccine has been on our government funded National Immunisation Program since 2003, and since then, the numbers of cases of meningococcal C have reduced dramatically.

Meningococcal B is now the most common cause of meningitis in Australia, but recent cases of W have spiked in some areas, prompting the government to introduce a once off program in WA for teenagers until the end of the year to cover the W strain.

Meningococcal B vaccine has been recommended for all babies aged under 2 and also for adolescents aged 15-19, but unfortunately is not government funded. This recommendation is contained in the Australian Immunisation Handbook, which is the scientific evidence based authority on immunisation information in Australia.

Meningococcal B vaccine in Australia is called Bexsero. Bexsero is generally considered very safe in children, but it does have slightly higher rates of significant fevers in some children. The risk of this is increased when it is administered with other vaccines. Therefore, we recommend that Bexsero is not administered at the same time as other vaccines (although it can be, if necessary), and that for each dose, Panadol at a dose appropriate for your child’s age/weight is administered 30 minutes prior to the Bexsero immunisation. The number of doses required depends on your child’s age when they have the first dose, so you should discuss this with your GP to make sure you have the right schedule. We find that usually it is around $120 per dose from pharmacies, but some private health insurance companies may rebate a significant portion of this if you have extras cover.

Meningococcal ACWY vaccine is currently being given under a government funded program to all 15-19 year old adolescents in 2017, and it has now been taken up more widely by the community in babies as well since the recent increase in W strain cases; and the NCIRS (National Centre for Immunisation Research and Surveillance) has provided an update stating that the Meningococcal ACWY vaccine should be offered to those who wish to protect against these other strains, although there is no formal recommendation currently that babies under the age of 2 should all receive this immunisation, as is the case for meningococcal B.

Meningococcal ACWY vaccine comes in a few different brands (Menactra, Menveo, and Nimenrix). Again it is generally considered very safe and no precautions are required prior to dosing and it can be given with other immunisations. The number of doses again depends on the age of your child at the first dose, and which brand is used, and so again it’s worth checking with your GP what schedule is most appropriate for your child/children, but most of the meningococcal ACWY vaccines are around $70 per dose.

Most parents know that our children are now routinely immunised for chicken pox during their childhood immunisations – this is included in the routine 18 month needles. In adults and adolescents we know that one dose on it’s own is insufficient to protect against varicella, and 2 doses one month apart are considered the norm in these age groups. The immunisation handbook states that for younger children, having 2 doses of the chicken pox vaccine increases the protection and minimises the chance of the vaccine wearing off earlier than intended.

The chicken pox vaccines are called Varilrix and Varivax and it is usually approximately $60 for the booster dose privately from pharmacies; again you will need a script from your GP first!

May be recommended for children who are travelling overseas, from Aboriginal or Torres Strait Islander backgrounds, or those with severe chronic medical conditions – please come and chat to your GP or our nurses for further information!

We are aware that private vaccines can be costly for families, particularly if you have more than one child. In general, those with chronic medical conditions and those aged under 2 are considered at highest risk and it is worth noting that some private health insurance extras/ancillary cover may reimburse some of the costs of private vaccine scripts.